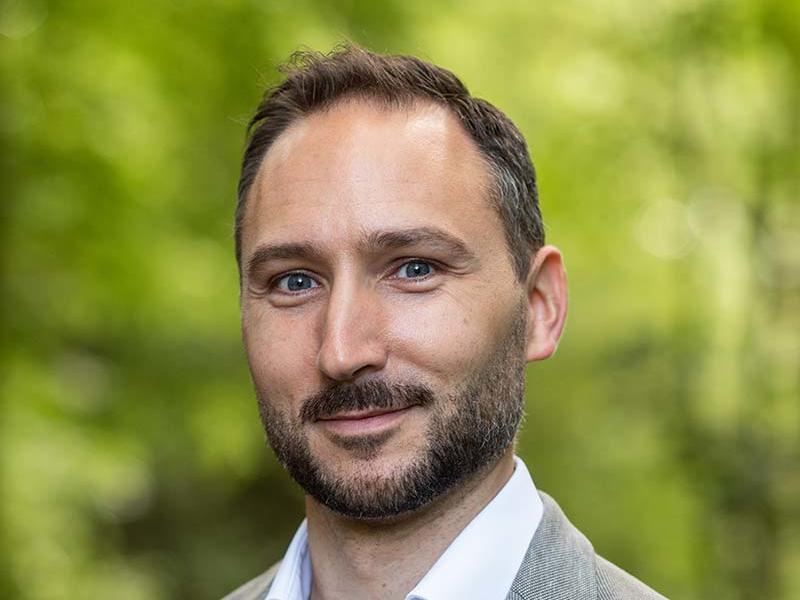 Dr Steve Smith (Lincoln, 1999) Executive Director Oxford Net Zero Initiative, talks about his love of science, his involvement with legislating an update to the 2050 emissions target to 'Net Zero', and his climate discussions with young people

You took science subjects at A Level, and then studied physics as an undergraduate at Oxford. Where did your love of science come from?

I was a space geek as a kid. I loved the idea of exploring the Universe, from the NASA missions of the ‘50s and ‘60s through to the faster-than-light imaginings of Star Trek and the like. Coupled to a bit of a knack for maths at school, physics seemed the natural choice. Over time my love of science remained but my attention shifted closer to home!

What are your fondest, standout Oxford undergraduate memories?

All my fondest memories relate to the friendships I made, many of which endure today. A great joy of the college system is living with people who have different interests to you. Some of my best friends were engineers, economists, linguists and lawyers. And above all, I met the English student who said yes to marrying me.

Where are your favourite places in Oxford – do you still have a favourite view, or happy place?

Since coming back to Oxford I have enjoyed finding new places just as much as returning to old favourites. I never went into Wytham Woods as a student. Not only have I been there a few times now to enjoy the spring, but I’ve also had the privilege of climbing into the tree canopy, thanks to the towers built for experiments to study the dynamics of woodland growth. Also, the Story Museum on Pembroke Street is a brilliant discovery for families.

Can you tell us about your journey from Oxford to where you are today leading Oxford Net Zero and CO2RE based at the Smith School of Enterprise and the Environment?

After Oxford I went to Imperial College London to study for a PhD in atmospheric physics. I studied clouds for three and a half years, which was a privilege. How clouds respond to a warming atmosphere happens to be one of the main sources of uncertainty in future climate projections.

As I was completing my PhD in 2008, climate change was rising up the agenda and I was keen to do research relevant to policymaking. But I had very little idea of what that looked like. I had the good fortune that the Climate Change Committee was being formed by Parliament to advise on national targets and actions, and they were looking for a climate scientist. I applied, and they took me on, so I was thrown in to work with economists and energy systems modellers. My first job was to help develop a recommendation on the UK’s emissions target for 2050, and our advice that it should be at least 80% below 1990 levels was signed into law by government. It was such interesting work that I continued at the Committee for nine years.

After that I joined the government department BEIS to help lead the team of climate scientists there. That was really interesting to see how things work 'on the inside', and helping oversee things such as the Met Office’s climate programme and the UK’s emissions inventory. In a nice twist, I was involved in legislating an update to the 2050 target, to make it at least a 100% reduction, i.e. net zero. A particular memory is sitting in the House of Lords to support the minister during the debate that sealed it.

It was always a dream to return to academia at some point. I wanted to continue to advise decision makers but have more freedom to explore the many questions being raised, and I knew it would have to be a rather unusual role. I was thrilled and a little surprised when the Smith School took me on. It turns out that a lot of things I learned in my career – bringing together experts from across disciplines, and focussing on decision-relevant research – are a good fit for the work of Oxford Net Zero and CO2RE.

For their 2022 world tour, Coldplay pledge to drawdown any unavoidable emissions according to the Oxford Principles for Net-Zero Aligned carbon offsetting.  How does it feel to see real life examples of the application of Net Zero Principles?

Several of us involved in climate research at Oxford got together to draft the Oxford Principles because we were aware that there is a lot of confusion - and, frankly, poor practice - in the use of carbon offsets to claim 'net zero' status. The basic point we made was that unless offset credits come from projects which actually remove carbon from the atmosphere, and permanently, then they aren’t balancing out emissions. Today, most projects from which credits can be bought don’t actually do this.

It was a pleasant surprise to learn that Coldplay were adopting our principles for their latest tour. I hadn’t had a direct conversation with them before the announcement, and it hasn’t resulted in an invitation to a gig! But hopefully such a high-profile example will lead others to think more deeply about their own climate impact and approach to carbon offsetting.

You helped write Climate Crisis for Beginners by Usborne Books, and you are a contributor to the Ladybird book on Climate Change.  How did these come about?

It was a friend of a friend who made the connection between the Usborne authors – Andy and Eddie – and me. Usborne was starting a new series of '… for Beginners'  books aimed at older children, age ten plus, and were looking for advice on how to write one about climate change. Just before Covid hit,  I met with Andy and Eddie to discuss the project. Little did we know this would become a lockdown project!

The second time we met was nearly two years later, post-lockdown and post-launch, in a Borough Market pub. But even though the collaboration ended up almost entirely virtual, we had become great friends.

Why is it so important to communicate climate change to children?

My daughter was just turning ten at the time, so it felt at least in part like a chance to put down what I wanted to say to her. Young people don’t need to be told that climate change is happening and important; they know that very well already.

Increasingly they also know about the solutions, such as renewable electricity, electric transport and heat, cutting energy and material waste, and carbon capture.

The two things I think are important to communicate to young people are hope, and how to effect system-wide change. Hope because we can still avoid the worst. The next generation will end climate change, but to avoid the worst us adults need to do our bit now.

System change because if we only tell them about their individual carbon footprints then they will only get so far, and won’t end up very encouraged. Come to think of it, these two things are quite relevant to adults as well!

And finally, do you ever build up in your head what a net-zero utopian world might look like? Have you ever reached for some Lego to start building it?!

It looks contended, not too far into the future, and the Lego is made from carbon-sequestering bioplastic rather than oil.

Steve took part in our Meeting Minds programme in April 2021 for the discussion 'Communicating Climate Change to Children'.  You can log in to My Oxford Online plus to watch Steve talking about his recent book 'Climate Crisis for Beginners'. 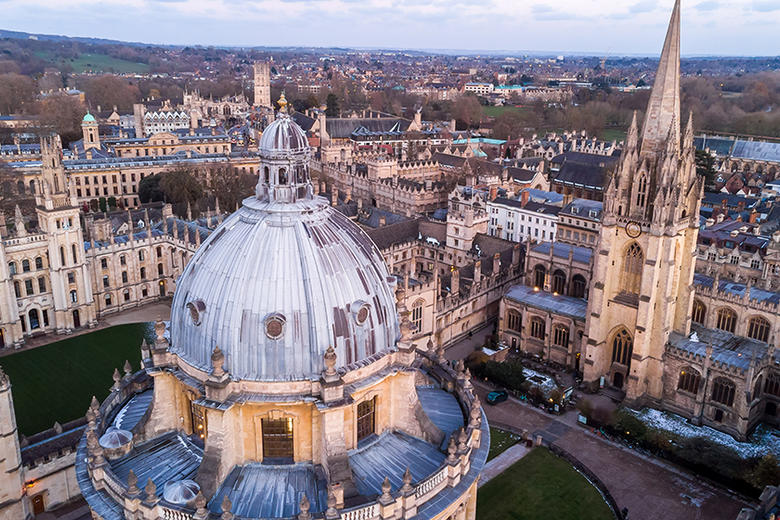