THE REVOLUTION ON BROAD STREET

THE REVOLUTION ON BROAD STREET

The western half of Broad Street has been revolutionised 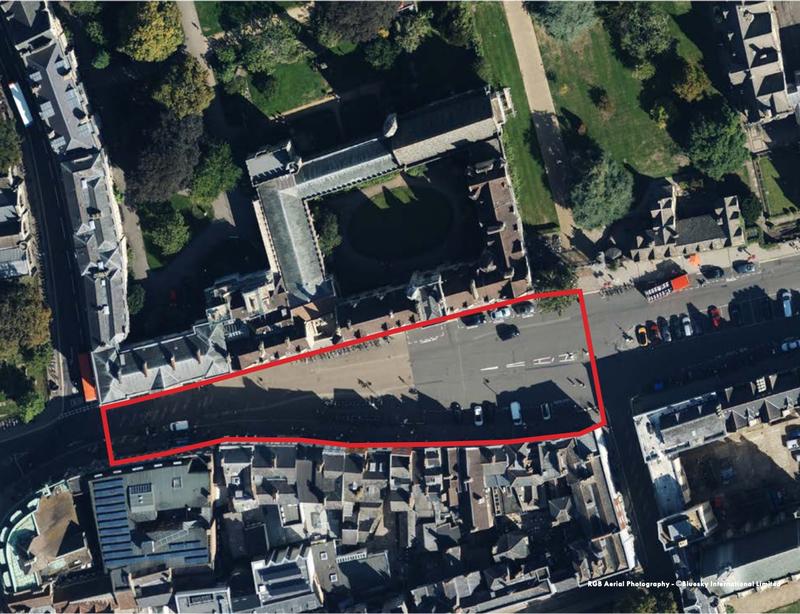 Prompted by COVID but long envisioned, is a revolution on Broad Street that began on July 1 and is already being heralded as a great success.

Led by Oxford City Council, the idea was to turn a hectic thoroughfare into a relaxing destination.

This scheme is not before its time. Alumni of the University have periodically drawn comparison between the great, manicured streets of European cities, compared to the trafficky mess of Broad Street. The subject has been periodically treated in Oxford Today, going back decades.

COVID turned a 'nice to have' into a dire need, with half a dozen neighbours of Boswells, itself closed, all succumbing to the collapse of commerce occasioned by the pandemic.

Opening on July 1, what now greets the casual visitor is a lovely mixed area of seating, pocket parklets with greenery and flowers, and an overall sense of calm where the cycle parking hasn't been reduced so much as rationalised, and everyone can feel a degree of ease.

The paradoxical outcome seems to have been to make the street feel much busier yet much calmer - it's people not vehicles, and the hope is that this is good for commerce and provides a new city centre focus away from the too-magnetic draw of the new Westgate Centre, a source of controversy to traders who found themselves in the more traditional areas of the city centre.

The biggest question is whether the scheme, which is temporary for now, will become permanent, and what the thinking is about the Sheldonian end of the street, which for now remains much as it was.

Councillor Tom Hayes, Deputy Leader and Cabinet Member for Green Transport and Zero Carbon at Oxford City Council, has said, “In the longer term, this Council wants to pedestrianise more of the city and give the whole of Broad Street back to local people. For the summer, we will keep the cycle through route on Broad Street and seek to do the same for a permanent scheme.”