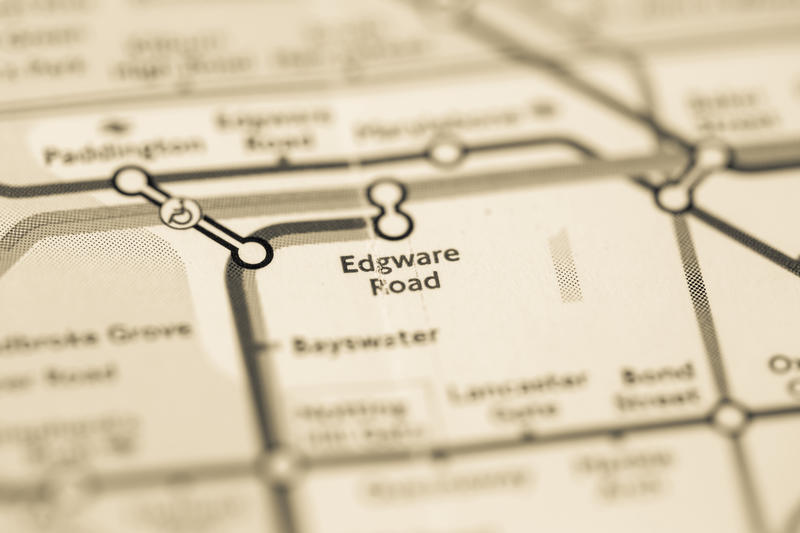 Dr Yasmin Khan (St Peter’s, 1996) is a historian of British India and Associate Professor of History at Kellogg College, Oxford.

She is also Yasmin Cordery Khan novelist, joking recently on Twitter that there are lots of Yasmin Khans and the confusion has led her to use her middle name.

The novel, which Khan has described as a love letter to London, pursues two parallel narratives, the first concerning a wonderfully vibrant character Khalid Quraishi, who is a croupier for Hugh Hefner’s Playboy casino in London, while his Pakistan-based parents still think he’s pursuing an engineering degree at Imperial.

The backdrop is booming London in the early 1980s.

The second narrative concerns Alia Quraishi twenty years later in 2003, who finds herself compelled to investigate the mysterious death of her father, who she never really knew.

She is partly in Oxford in the early noughties – cue Cowley Road action and junior faculty house mates mired in academic job insecurity, early generation mobile phones but not yet social media – heading out to Karachi to family who appeal to a half-forgotten identity, tugging at all sorts of deep strings while reemphasising that she’s suspended in the middle, neither completely British nor Pakistani but can play both roles.

The pain (and possibility) of every emigrant.

There is a displacement ‘truth’ that is semi-tragedy, hanging over the entire novel, but it’s the intimate vibrancy of its characters that makes it motor, served up with dollops of get-rich-quick London and the ever-changing psycho-geography of its streets – including that of the book title.

Khan notes, ‘it [Edgware Road] was a Roman Road - dead straight - that goes out to Edgware….it starts in Mayfair and then it goes out to money transfer shops and suburbs.’

If you search ‘Khan’ and ‘Edgware Road’ in Google, you get Khan Kebab at number 355, ‘Now Closed’, before you get to Yasmin. It’s still a road encompassing the whole world.

Khalid loves to gamble, and his faith in winning big tomorrow becomes a metaphor, perhaps for all of us deep down – isn’t sudden wealth one of the tropes of progress that we are all raised to?

But Khalid’s story also displays youth and how the world actually is your oyster for a while, and there really is jam tomorrow; and that such truths can in rare circumstances be multiplied by emigration, where some combination of displacement and survival instinct can result in meteoric climbing, both social as well as financial.

There is a glittering sequence when Adnan Khashoggi, the stupendously wealthy Saudi arms dealer in real life, visits the casino during a shift when Khalid is working.

‘A man hovering on the edge of myth. And there he was, on Khalid’s floor.’

Is Khalid a small man thinking big or a big man in the making? Both, and all of it set up in that instance of fate; the rest unfolding as plot, not to be spoiled here.

The novel joins a growing eighties redux vibe in 2022 - a nostalgia that will appeal to anyone who remembers that decade and perhaps many who don’t but have heard stories and The Cure.

The previous author of ‘two big history books,’ The Great Partition: The Making of India and Pakistan (Yale, 2007) and The Raj at War: A People's History of India's Second World War (Vintage, 2015), Khan insists that the novel is not to be read as autobiography, (‘I have a complex family background partly Pakistani, partly Irish’).

And, she adds, ‘I don’t have an argument, or a line…but I do seek to show how major global forces and systems play out on little lives.’

There are real historical characters who populate the pages – not just Khashoggi but British judge and Senior Law Lord Tom (Baron) Bingham, Agha Hasan Abedi, the Indian founder of Bank of Credit and Commerce International (BCCI), which later collapsed amidst an almighty scandal and £20 billion in unpaid debts, and of course Hugh Hefner.

The BCCI saga plays out right across the book.

This is where Jasmin says that her training as an historian has been invaluable. ‘I read a lot of memoirs, Hansard, reports. The difficult bit is not allowing all that stuff to overload the plot…but the fiction allows me to give a sense and feeling of things difficult to put into non-fiction.’ 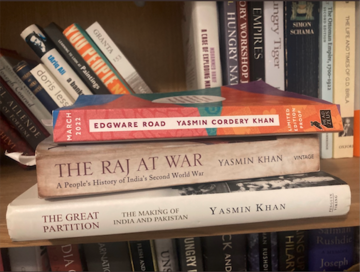 She adds, ‘The Oxford depicted here is an Oxford I’ve known but it wasn’t my Oxford; I love the place and I am a product of it, undergraduate and DPhil…

Khan’s editor at publisher Zeus, Clare Gordon, had to compete in an auction to obtain the rights for this novel and a second that Khan anticipates for 2024, (‘It's about a group of young people taking the hippy trail overland from London to Kathmandu, and the things that they are running away from back in England…’)

‘From practically the first page I knew I wanted to publish Edgware Road. It's a big story with big themes – Thatcher's Britain, the long shadow of partition, class, gender, what it means to be British – but Yasmin Khan has managed to make it feel extremely intimate. Her characters are so real they feel like old friends, and the fizzing 1980s London setting made this locked-in Londoner desperate to get back out exploring. Yasmin is a major talent and I can't wait to share Edgware Road with the world.’

Dr Yasmin Khan (St Peter’s, 1996) is a historian of British India and Associate Professor of History at Kellogg College, Oxford.