THE ROLE OF ROBOTICS 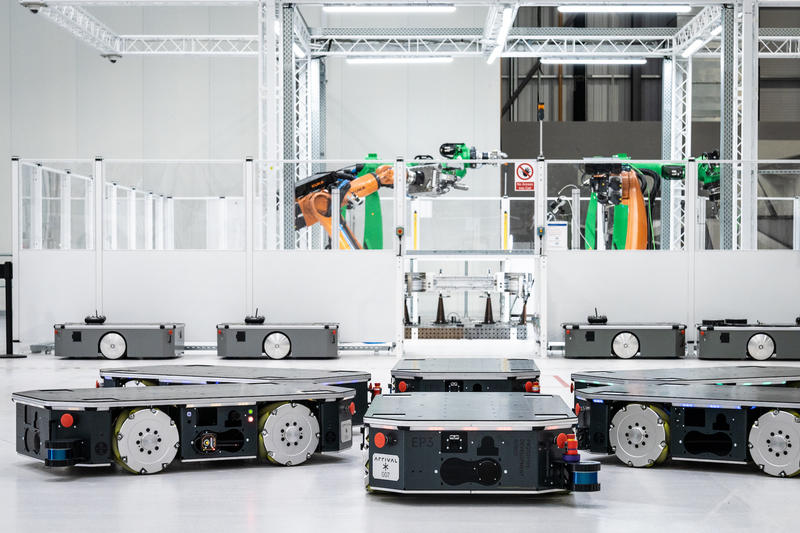 THE ROLE OF ROBOTICS

Dr Orsolino, 30, is in the enviable position of being both a recent leaver from Oxford and a fully-fledged professional specialising in robotics.

January 2022 represents the first anniversary of his employment at Oxfordshire-based Arrival, the manufacturer of commercial electric vehicles aiming to revolutionise manufacturing through its Microfactory-led approach.

Italian born and educated at Genoa University followed by a doctorate at the Italian Institute of Technology (IIT), also in Genoa, Romeo came directly to a Post-Doctoral position in Oxford’s Department of Engineering Science, attached to the Dynamic Robot Systems Group within the Oxford Robotics Institute.

‘By ‘dynamic’ we mean robots that constantly lose and regain balance in order to move – quadrupeds that look a little bit like dogs, humanoids and other mechanical manipulators that move.’

You Tube is awash with quite dramatic footage of a yellow robot dog made by Boston Dynamics, while the pandemic saw public order robots in China – introduced as the world’s first true Robocop.

So it’s a cool field that Orsolino has entered, while his employer Arrival was labelled the UK’s Number 1 start-up to work for, in October 2020, by networking website LinkedIn.

Turning to the precise nature of his expertise, Romeo, who is employed as a Robotics Research Engineer, says his work concerns perceptive locomotion.

‘This means making robots that use sensors and cameras linked to artificial intelligence and machine learning become more self-aware of their surroundings. A robot might well be able to climb a stairway blind, but I would want it to make a further decision about where to place its feet, to climb the middle of the stairway for instance, or to place its foot into each stair in the right manner.’

He was supervised at Oxford by Associate Professor Maurice Fallon and Dr Ioannis Havoutis, while now he frequently bumps into Arrival founder, tech entrepreneur and former Russian Communications and Mass Media  Minister Denis Sverdlov, who he describes as ‘very humble’ and ‘visionary.’

Sverdlov’s vision is environmentally and socially progressive manufacturing in Microfactories producing 10,000 vans a year or 1,000 buses in a single Microfactory into their own local or national market, avoiding some of the international shipping that came unstuck during the pandemic either because of supply chain bottlenecks or heavily inflated shipping costs.

Clean manufacturing of clean vehicles close to their marketplace is aimed squarely at reducing emissions, whether we count them local pollutants or climate gases.

At the heart of the company’s offering is extensively integrated and autonomous manufacturing processes utilising dynamic robots including little, low-to-the-ground carts informally referred to internally as ‘WeMos’, short for ‘wheeled mobility’.

These extraordinary little vehicles are barely a metre long but have a payload of up to one ton and can learn their surroundings and most impressively link up together to carry long or heavy loads with each other in little trains. They are also omnidirectional with wheels that can take the cart sideways.

Romeo confirms that the cameras and LIDAR (laser-based radar) that allow the WeMos to travel autonomously across a factory floor overlap with processes that allow Arrival’s main product – a sleek, battery-powered van – to drive itself, so autonomy appears to represent the future of both manufacturing and driving. 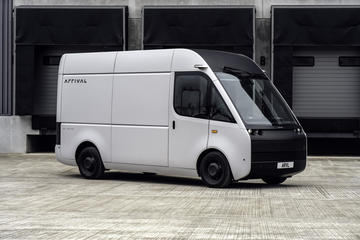 Romeo insists that Arrival is reinventing how the van is produced, not just how it is propelled (Pictured, left).

Looking back at his student years at Oxford, Romeo laughs. It was only one year and it was the year of the pandemic, so there was barely any event held in his college Kellogg.

He relied heavily on help from an ‘Italians in Oxford’ Facebook group to find his feet and accommodation up in Headington.

Thereafter his professional peer group was drawn from the Robotics Institute with weekly get-togethers at the Royal Oak pub at the bottom of Woodstock Road, handily close to the Department of Engineering Science.

When the pubs were shut down because of COVID-19, he recalls that meetings took place either in University Parks or in a small quadrangle within Keble College, which was made available for standing meetings.

His decision to leave Oxford for his new role in the private sector was simply a dynamic of the work he was doing and the opportunities available to him.

‘I was always curious about the industry and didn’t see myself as a professor, so when the Arrival opportunity came I felt it was time to explore it.’

Now based in London near the Arrival office in Kensington, he has further career advice for recent leavers, but his main advice is not to rush towards any job if your academic skillset is specialised. Such decisions require time in order to be the right decisions.

Because Arrival is fundamentally a technology company in the transportation sector, Romeo feels that his particular expertise will travel well when the time is right, given there is huge interest in developing autonomous manufacturing processes in multiple industries.

Dr Romeo Orsolino came to Oxford from the Italian Institute of Technology and was at Oxford in the Institute of Robotics, Department of Engineering Science, from 2019- Dec 2020. He is now a Robotics Research Engineer at Arrival.