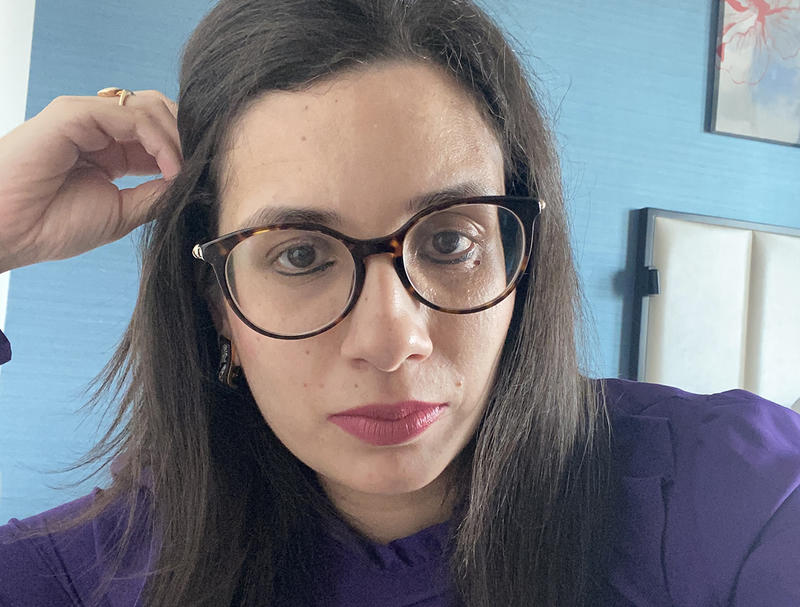 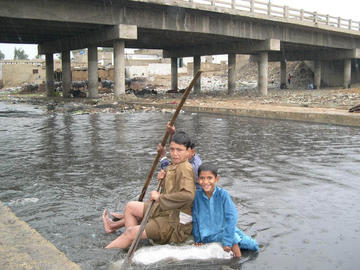 Armed with her Oxford MPhil in Social Anthropology, and currently an instructor in the Social Science Division at NYU Abu Dhabi, Saba (St Cross, 2007) is also a rookie documentary film maker.

Sponsored by the Doha Film Institute, she recently co-directed with Zayer Hasan Concrete Dreams: Some Roads Lead Home. The film has already won multiple awards on the 2020 film festival circuit and will shortly become widely available on a digital platform.

‘The doc-film follows the lives of two boys who went from living on the streets of Karachi in Pakistan – tackling sexual violence, gang recruitment and substance abuse - to becoming national footballing heroes by winning the Bronze Medal for Pakistan in the Street Child World Cup in Rio in 2014.’

As soon as Saba met the boys, Owais Ali and his friend, Salman, she wanted to explore their empowerment through football. At the time she was researching lost childhoods in Pakistan’s underage workforce, having recently quit a banking role at Citibank and moved to the Gulf with her husband.

‘My old boss at Citibank, Arif Usmani, had a saying – ‘fail, but never for lack of trying.’ It was in that spirit that I applied to the Doha Film Institute for funding – and it came good. 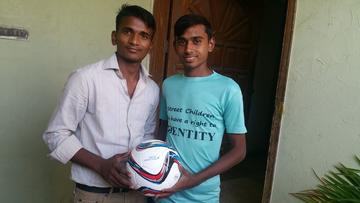 Saba is full of praise for her colleagues in film-making at NYU and her co-director and music director. ‘Film making is a craft and an art, experimental, occasionally overstrung, but definitely rewarding; I couldn’t have done this on my own and wasn’t a film maker. What I brought to the table was the desire to tell stories that we may otherwise never hear, based partly on oral tradition. We grew up with 8pm being standard family time, crouched around a stodgy television with faulty antennas, to collectively view Dhoop Kinare and Ankahi; but I also wanted to combine this tradition with reality, and challenge the perception of that reality so that it isn’t all doom and gloom.’

‘One of the strengths here is that this is a documentary, so the story is real. I think the greatest true stories can outpace fiction. The other production value was patience. I absolutely did not want a flash-pan rags to riches story, where abject poverty is turned into great wealth overnight, they live happily ever after. No, no, no; this was filmed over four years, and it actually shows how these boys changed their reality to legitimise and make real their dreams. 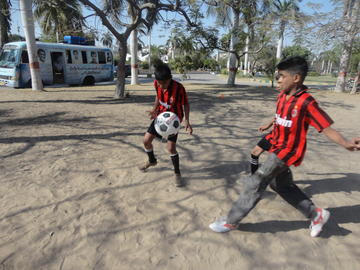 ‘We don’t avoid the suffering. The UN reckons there are 1.5 million street children in Pakistan. What has happened here is complex and layered. There is a systemic collapse that makes ordinary education suddenly seem like an unaffordable luxury, but as soon as a child joins the underage workforce they are subjected to many challenges, homelessness, hardship, harassment by the authorities and sexual predation.’

The starting gun which brought the film’s vision alive was watching images ripe with hope - which no patriotic Pakistani could resist - of these dreamers, go-getters, who went from having no birth-certificates to representing Pakistan in Rio. You see these glimmers throughout the film, moments when the camera narrows into Owais’s eyes – pathos, hunger, innocence; when he expresses his desire to become a footballer if he is reborn, just as he hurls into the horizon - pure magic on screen. That’s the magic which drew me to their stories.’

‘We decided early on that the children shown narrate the film. It’s their voices that you hear throughout, not a paternal or adult voice, and I think this has hit a chord among the audience because it’s so direct.’

The film has already been officially selected and won four international awards for best documentary/ excellence in the film festival circuit so far. Meanwhile the boys are running football training camps having launched a national campaign called ‘I am Somebody’, challenging the illegitimacy and anonymity that suddenly afflicts street children when they are cast aside from normal structures.

Beyond that Saba sees a broader purpose.

‘When you think of Pakistan, you think all things combustible; a precarious nation, operating at dizzying speed, forever on the boil. With Concrete Dreams, I wanted to pull together the threads of how, despite its pathologies and problems, something makes Pakistan tick. What is that something? The story of street child football layered perfectly on to this desire. Simply put, it signals “light”, making it plausible for street children to imagine a future cleansed of old carcasses. And for people to stop seeing them as cannon fodder, as “The Uninvited”. 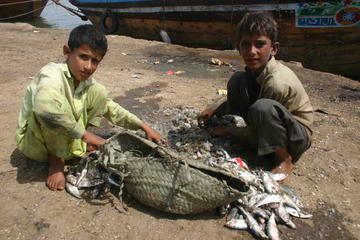 On the craft of film-making, Saba is happy that digitalization has destroyed some of the traditional barriers to entry, but recognises the threat to quality too. ‘It’s a double-edged sword, for we don’t want to relegate our storytelling to a formulaic, cookie-cutter catastrophe either,’ she notes.

Concerning ‘what next,’ she reports that she is committed to making a web series about #MeToo in its nuanced and complex Pakistani context.

‘What I can say is it’s also based on human stories but with an even more delicate arc than Concrete Dreams, so I’m afraid it’ll get overwhelmed. It unpacks part of the prickly, knotty mess of #metoo in South Asia, how it’s upended people’s lives, which obviously requires immense sensitivity, restraint and a carefully considered perspective. Let’s hope it sees the light.’

Saba says to prospective viewers of the film, ‘follow the film's Facebook page here and watch its trailer here.’

The Street Child World Cup is a global movement for street children to receive the protection and opportunities that all children are entitled to. Ahead of each FIFA World Cup, street children from across five continents meet to play football, the aim being to challenge the negative perceptions and treatment of street children around the world. The first event was held in Durban in 2010 and was organised by UK human rights charity The Amos Trust.